Books. Looking for the healthy alternative..? 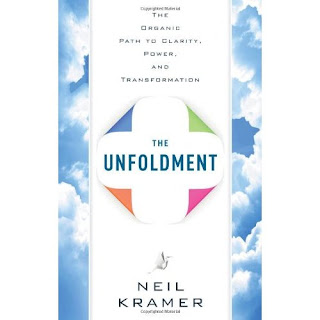 BB chatted to Neil about this latest book and his work and path so far....
BB. You’re obviously a seeker of personal transformation, willing to invest enough of yourself and your time into investigating a wide range of mystical and esoteric concepts and traditions – some of them quite obscure – what motivated you to go down this road and what sustains you when obstacles appear?

NK. My motivation for mystical study and practice was due in part to my natural suspicions regarding the mainstream reality paradigm. I just didn't buy the story of reality at any level - political, cultural, or scientific. So I looked for better perspectives... and found them. When obstacles come my way, I call to mind that there are always a number of approaches to any seemingly impassable brick wall. You can run away, break it down, spray graffiti on it, mentally deconstruct its existence, transform it alchemically into something else, make yourself into a ghost and pass through it. There are many angles to contemplate. In this way, all obstacles are opportunities for exercising one's capacity for lateral thinking and creative resolution.

BB. The back cover of your latest work ‘ The Unfoldment’ states that the book contains a ‘body of sacred wisdom and an elegant system of spiritual practice that puts real power and real magic into the hands of those who seek a path of awakening’. As many of these concepts have been touched upon within the pages of many a ‘quick fix’ new age manual – do you think you’ll find a large enough audience of those willing to embark on the real path of transformation (rather than the ones offering  overnight change)?

NK. I think people are becoming painfully aware that quick fix books don't really work. You know the kind, the seven magical keys to success with women or business or happiness or whatever. Simply stated, we have to work hard on our inner self if we want to engage with the real juice of existence. We have to de-condition from the untruths that we have been tutored in, purify our mind, constantly evolve, and be willing to peer into the thickest darkness of the self. Only then can we begin true transformation and live the kind of life we want. With all the intense misery and confusion in the world right now, I know that more and more people are ready to push their boundaries further, so they lead more fulfilling lives. These are the people I most enjoy speaking with.

BB. The Unfoldment also talks about the 7 densities of being. Could you say a little about what this system describes? As is the case with many spiritual traditions, is the 4th ‘density’ the one around which the others hinge?

NK. In my reality model, there are seven densities of being, a bit like dimensions. They enfold each other. The second enfolds the first. The third enfolds the second and first etc. Yet it is more to do with the refinement of consciousness than actual physical spaces. The fourth density is the immediate enfolding realm that surrounds our familiar third density. It is from here that all our experiences of transcendence, magic, and the extraordinary arise. Rudimentary mystics might've called this the spirit realm. Metaphysically speaking, we can say that it's more complex (and interesting) than that. The fourth density certainly represents a major threshold of conscious attainment. You can't really go into it with any lucidity or consistency with a sloppy, unrefined consciousness. So all the lessons of the third density are aimed at helping to cultivate a deeper and more elegant mode of conscious operation.

BB. There’s an idea that our current problems, numerous and diverse as they are, all stem from a ‘break’ in our connection to the natural world and our true place in it  – the death of the imaginal realm as it were – do you believe that a return to archaic tradition and immersion in the mystical can heal this rift? If so, what is the first practical step?

NK. A return to certain traditional values of kinship, self-sovereignty, and a profound connection with the natural environment would definitely be a good idea right now. But we have to create new paradigms, not simply try to re-discover or return to the old ones. That would be too easy and not provide real resolution, it'd just make us feel better. What we can do right now is to begin forming networks of communities that are increasingly independent from the mainstream grid, both in terms of power, resources, politics, and philosophy. It's good to create a situation for yourself where, in the event of a mainstream social collapse (gradual or swift), you could gather with your strong, compassionate, well-resourced, spiritual kinsmen and thrive. Psychological and emotional preparedness are more significant than anything else in this respect. We have thousands of years of mystical perspectives, knowledge and techniques to help us achieve this very thing. Though the particulars of each mystical tradition are somewhat singular, the principles are - at the higher level - entirely universal. There is one truth. To make contact with it we have to begin clearing away our inauthenticity now - not later. This is the best way to prepare oneself for surfing the end times. What an adventure!

Posted by Beetroot Blog at 01:47 No comments:

Beetroot Blog
Behind the scenes at Beetroot Books; reviews, news, events and opinion.